For over 25 years, Chef Giancarla has been a pioneer of the organic, slow-food movement. She passionately sources and fills Monteverdi’s kitchens with only the highest quality and freshest ingredients. She seizes every opportunity to take advantage of the abundance that surrounds our village – from the world-class wines in the region to the finest products from small family farms that dot the Tuscan landscape.

Giancarla comes to Monteverdi after more than two decades running her successful Miami-based restaurant, Escopazzo, the first certified organic Italian restaurant in the US. She has been praised by the Miami New Times as “Best Organic Chef”, Food & Wine “Critic’s choice”, Haute Living, “Top Organic Miami Restaurants”. Under her leadership, Oreade was awarded “Best Hotel Restaurant” by Mr. and Mrs. Smith in 2015. Giancarla is never one to rest on her laurels. Fueled by a mission to be a good steward of the earth and motivated by a genuine concern for the health and well-being of each guest, Giancarla has planned an ambitious agenda for 2019, including the design and creation of a bountiful garden, the launch of our new state-of-the-art Culinary Academy and her continued partnership with local farmers. Her goal is to create truly memorable culinary experiences in one of the most special food destinations in the world. 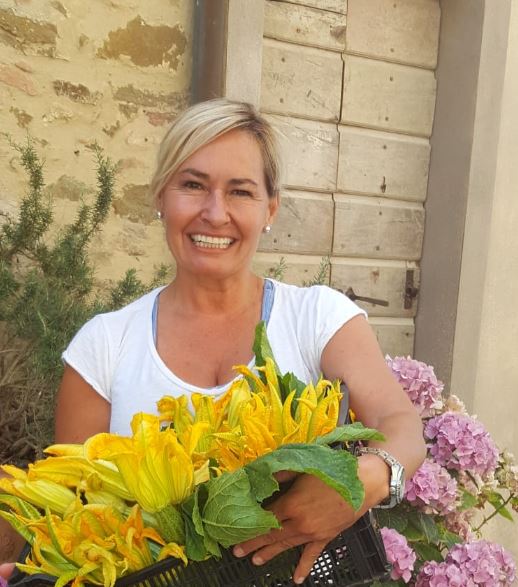